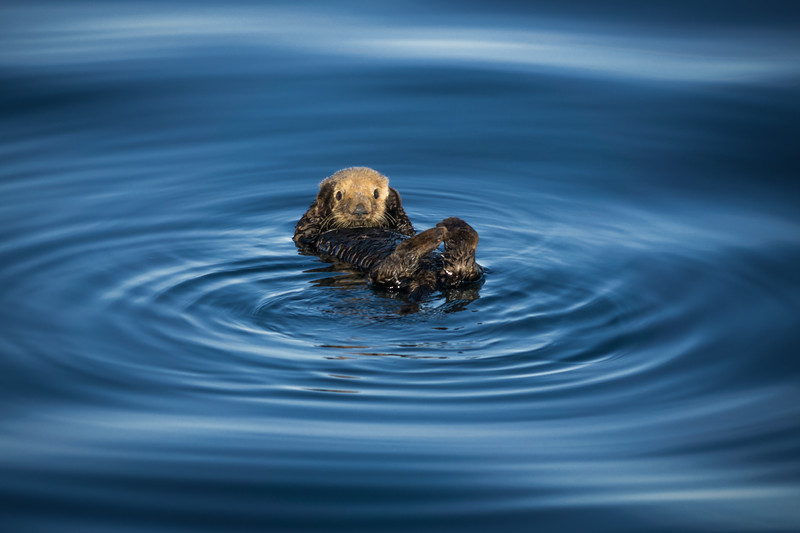 This very special animal is a Southern, or California, Sea Otter (PAUSE...HOW CUTE!!!!) and it is the smallest marine mammal in North America. Unlike other marine mammals which insulate themselves through thick layers of blubber, the Sea Otter has the densest fur in the world. We're talking thick - you probably don't have more than 100,000 hairs on your entire head but these guys have up to 1 million hairs per square inch!! They are what is known as a keystone species, which means they play a critical role in the way their ecosystem functions. They feed primarily on sea urchins and other animals that eat giant kelp. This allows the kelp beds to thrive and provide a hugely rich ecosystem that supports countless plants and animals. Due to their incredibly valuable fur they were hunted close to extinction up until the 1930's. Although there are now over 3,000 living along the central California coast, one large oil spill or sustained environmental pressure could again threaten them with extinction. Our marine ecosystems are delicate, contrary to what a lot of people think, and public education is a key part of ensuring these guys have a sustainable and successful future. Ok, one more time...HOW FREAKIN CUTE!!!!